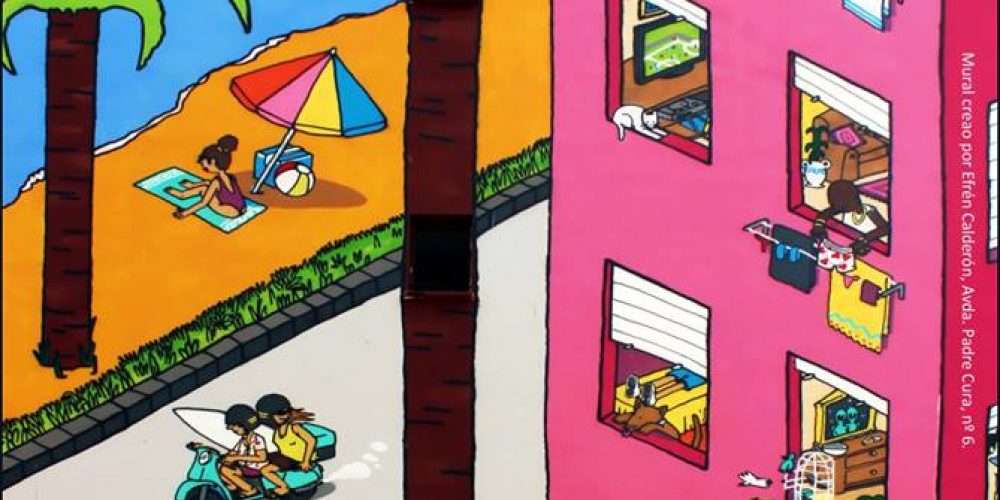 Estepona Council presents the seventh edition of ‘Estepona lives its streets’, an event that will offer thirty free cultural and leisure activities aimed at people of all ages. The event, which this year will take place from March 29 to 31.

This event was established with the aim of publicizing the great renovation that has taken place in the old town of Estepona, as explained by the councillor of the Sociocultural and Services department, Blas Ruzafa. In addition the event will generate an important social, cultural, commercial and leisure activity before Holy Week, which will have a positive impact on businesses and establishments dedicated to leisure and catering.

Regarding the programme that has been compiled, the mayor has described this edition as the “most extraordinary to date” due to the increase in the number of activities, the novelty of some proposals and the diversity of events

Among the new events, Ruzafa has revealed that this year locals and visitors will have the opportunity to climb three aerostatic balloons that will be located on the beach of La Rada. This activity will take place on Sunday, March 31, from 10 am to 12 noon. Those interested in riding in some of these balloons can get their ticket by scanning the QR code found in the brochures that the Town Council is distributing with the complete programme of ‘Estepona lives its streets’

Another of the most original proposals of this edition will be the projection, for the first time in Estepona, of a video mapping that will recreate the fantastic story of Peter Pan. This artistic technique consists of unfolding on facades moving images with music and sound, the spectators will be able to enjoy a three-dimensional animation show that will include them. Video mapping can be seen in the Plaza Reloj on Saturday 30 and Sunday 31 at 8 pm, 8.30 pm, 9 pm and 9.30 pm. The duration of each pass will be 15 minutes

Another of the performances that will raise the most interest will be a concert offered by the group ‘Siempre Así’ in the ‘Diario ABC’ square, at 10 pm on Saturday 30. The group, which has sold more than one million records in Spain and Latin America, will perform such popular hits as ‘Siempre Así’, ‘If Men Have Made It To The Moon’ or the flamenco version they made of the legendary song ‘My Way’ by Frank Sinatra

The Orchid House’s Carmen Thyssen Gardens will host the circus show ‘Kristall Zirkus Show’, on Sunday, at 12.30 pm, where we can enjoy balancing, vertical acrobatics and juggling

In addition, as is tradition, during these three days residents and visitors can taste the different dishes prepared by the many restaurants and bars in the town that participate in the 10th Tapas Route. The gastronomic activities will continue with the IX National Ham Cutters Contest ‘Trophy Popi’ that will be held on Sunday from 12 noon to 2 pm in the Calle Real

Another of the new events taking on place on Friday at Calle Villa, which will please fans of the legendary group ABBA will be a performance of the tribute band ‘Voulez Vous-The Ultimate ABBA Show’. There will be a prize for the best couple in ABBA fancy dress

On the other hand, youngsters can enjoy an original gymkhana organized by the radio station ‘Los 40 Principales’ which will be held on Saturday the 30th, at 5 pm, in the Plaza Antonia Guerrero. Also, from Friday to Sunday there will be the VI Exhibition Expotatoo in the Palacio de Congresos.
On Saturday, Antonia Guerrero square will host the II National Chess Open, on Sunday, at 12.30 pm, in which people of all ages can participate. That same day, from 12 noon to 6 pm, Augusto Suarez de Figueroa square will host a large children’s party that will feature bouncy castles, workshops, entertainment, and a fun photo call

This programme will continue with other activities as a tribute to the Sevillian poet Rafael de León by the Municipal Theatre Group ‘Farándula’ (Friday 29, at 7 pm, in the Pasaje de los Poetas Andaluces), a show dedicated to the cabaret by Mariví Rodríguez and Claudia Ramírez ‘La Marivilla’ (Friday 29, at 8 p., in the Plaza ABC), or the activity ‘Songs from Spanish Cinema’ interpreted by the students of Ana Fargas ‘El Patio learn to sing’ (Saturday 30, in the Botanical-Orchid Park)

Finally, ‘Estepona lives its streets 2019’ will be completed with other events such as ‘The Concert of the Flower’ by the García Fajer Foundation (Sunday 31, at 6 pm, at the Casa de Las Tejerinas), the concert of pasodobles de the Municipal Band of Music (Sunday 31, at 1 p., in the Plaza del Reloj), a soul and funk concert of ‘The Harlettes’ (Saturday 30, 9 pm, at the Ortíz square) or the screening of the film ‘The Angel of the Clock’ for the benefit of AVOI (Friday 29, at 7 pm in the Padre Manuel Cultural Centre).

7 pm Padre Manuel Cultural Centre Cinema: “The Angel in the Clock” by Miguel Ángel Uriegas. A movie that supports the investigation of childhood cancer. Entry: “Pay after show” for the benefit of AVOI.

8 pm: Start of the X Tapa Route through the Historical Town Centre (Friday, Saturday and Sunday). Pick up your Passport at the Tourism Office and participating establishments. Prize: Choose the Best Tapa for an entry into the prize draw. You can deposit your Passport at the Tourist Office in the Plaza de las Flores until 2 pm on Monday 1 April to enter. The Town Council will award 1,000 € to the Winning Tapa.

10pm, Villa Street: Tribute to ABBA. Voulez Vous – The Ultimate ABBA Show. Prize: The couple that comes best dressed as any member of the Swedish group, will be presented with a night at the hotel AD in Seville, courtesy of Halcón Viajes, and a session in the hyperbaric chamber at the Hyperbaric Medical Center of Estepona HMCE.

5 pm, Plaza Antonia Guerrero. The Aguinaldo returns this spring with the Gymkhana 40. Sign up on Facebook of the radio station Los 40 Costa del Sol and participate in a macro gymkhana through the historic town centre Follow the tracks on your radio: Los 40 Costa del Sol 93.3 FM. Prize: A lot of prizes await you.

From 10 am to 12 noon, La Rada Beach, in front of Plazoleta Ortiz: Ride in a static balloon. Scan the QR code on the programme and register to get your ticket to ride a static balloon and enjoy a unique experience.

1 pm, Plaza del Reloj: Concert and Dance with the Municipal Band of Estepona, to the rhythm of “Pasodobles”. Prize: The best dance couple will receive four tickets for the Musical “The Addams Family’ at the Felipe VI Auditorium (Summer 2019).

2 pm, Historical Town Centre. The X Tapas Route continues. Prize: Choose the Best Tapa and entre in the prize draw. You can deposit your selection at the Tourist Office in the Plaza de las Flores up until 2 pm on Monday 1 April. The Town Council will award 1,000 € to the Winning Tapa.