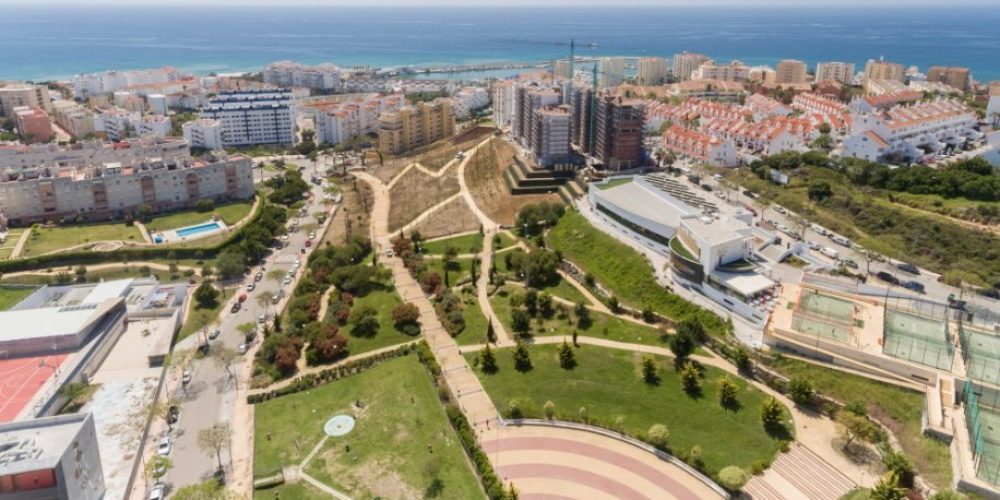 The new slide which opened last week Thur 7th may has had a few accidents since being used by locals and visitors, the 38 meter long slide may be a bit steep for some people and others that have no idea on how to use a slide.

The idea was for residents to move from one street to another with ease but after a few maybe a couple of incidents the council have now closed it for a review.

The stainless-steel chute, reputed to be Spain’s longest, has a gradient that varies between 32 and 34 degrees. It was intended to give residents of all ages a quick way to travel between the streets, which sit at very different levels.

However the rest of the Parque de Los Niños has included the construction of a pedestrian path next to the slide of 2.30 meters wide. This road has handrails and also allows the connection between both streets.

The mayor of Estepona, José María García Urbano, pointed out that the expansion of the park has meant an increase in green areas by 14,000 square meters. This urban area, which is experiencing significant growth, now has a green area of ​​38,000 square meters.

As for gardening, the councilor indicated that they have planted many large trees, as well as areas of pines and saps on the slopes south of the plot. In the area adjacent to Reina Sofía street, the sides of the pedestrian path have been planted with aromatic plants and vegetation typical of Mediterranean with the rest of the plot, areas of meadow have been created for the recreation of citizens.

The project has been completed with the installation of networks of public lighting, irrigation and rainwater collection, as well as the installation of street furniture, lighting and a series of pedestrian paths that take a route through these planted areas.

These works have not cost the municipal coffers, since they have been assumed by the promoter responsible for the development of these lands.