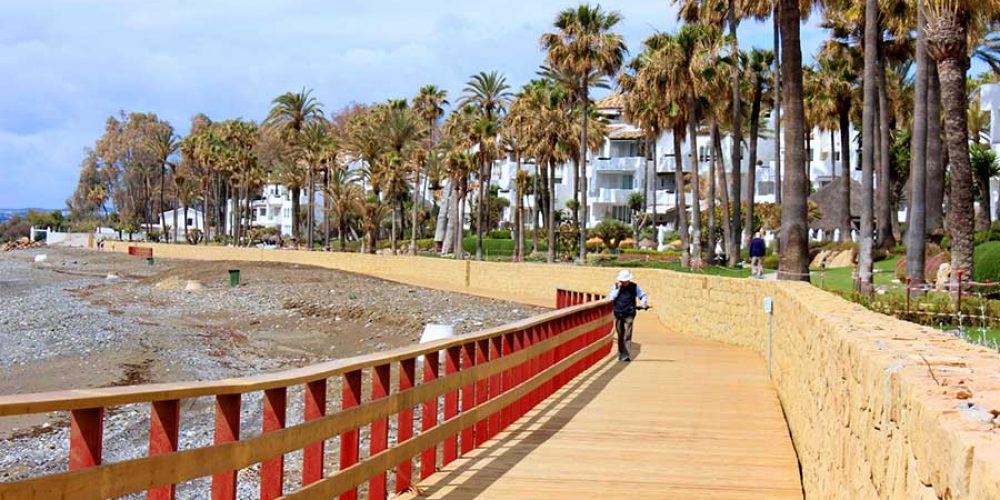 Great news for 2019, more coastal paths have been connected in Estepona.

Estepona council reports that more work has been completed on a new stretch of coastal corridor in the eastern part of the municipality. Specifically the path that connects Laguna Village shopping complex located on El Padrón beach to the Alcazaba Beach development. Residents and visitors can now travel an extra two kilometers on foot or by bicycle along the sea front.

This new section has involved extending a 400 meter long path, as explained by the deputy mayor of the Development, Infrastructure and Tourism (FIT) area, Ana Velasco.

In addition to this new path, the municipal official has indicated that work has already begun on the next section, specifically, the one that will run through the Los Llanos area.

In addition, a new section has also been started to connect the residential nuclei Dominion Beach and Bahía El Velerín. Velasco has announced that a wooden bridge more than 30 meters long will be installed over the Velerín stream.

The works, which have a budget of 416,518 euros and an execution period of three months, also include the construction of a littoral path of 240 meters in length and 3.5 meters in width of printed concrete, with three landscaped areas consisting of trees and plants will be created. Next to this there is another section under construction next to the El Velerín beacon tower that will be 235 meters long with landscaped areas and a lookout area will be built next to the Torre Almenara.

This section will have no cost to the municipal coffers because it is done through an urban charge. The two sections will be completed at the end of June and will allow to travel more than 3.5 kilometers.