New Bridge and Costal Path near H10 Hotel in Estepona 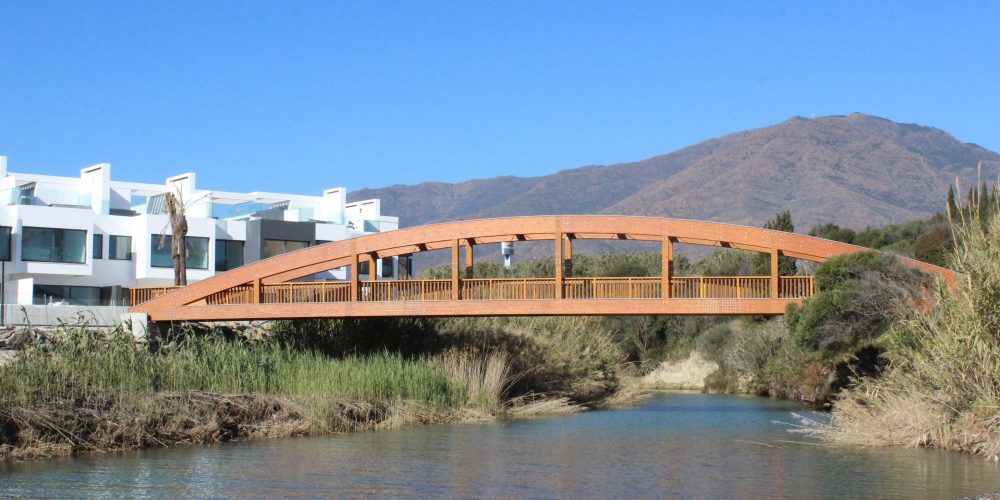 The Consistory works on the tender of the pedestrian walkway, which will be almost 150 meters long and will connect the bridge over the Guadalobón river with the H10 hotel and El Cristo beach

The new section will run parallel to the Riviera Andaluza urbanization and will have a length of about 150 square meters. The deputy mayor of the Infrastructure and Tourism Development Area, Ana Velasco, explained that this new section, whose works will be tendered in the coming weeks, confirms the creation of a pedestrian path that will link the H10 hotel area and the bridge, recently built, on the course of the river Guadalobón.

The execution of this gateway consists of two different parts.

A 130-meter-long concrete road is planned from the bridge over the Guadalobón stream to the Hornacinos stream. The walkway will have a width of 3.5 meters and will have electrical channels and irrigation, as well as lighting.

The last meters of the walkway will be made of wood, formed by a plank floor joining the existing promenade in front of the H-10 hotel.

This infrastructure will connect the longest bridge on the path – built on the Guadalobón river with the H10 hotel promenade and the El Cristo beach.

The budget for this work amounts to 117,950.61 Euros and it will be the Commonwealth of Municipalities of the Western Costa del Sol that will tender and finance the works.

In addition to this stretch of coastal corridor, the Consistory is promoting two other paths in the eastern part of the municipality around the El Velerín area. As well the coastal corridor project will be extended in the western zone with a new section on the Vaquero stream bed, which is currently in the technical drafting phase.

Estepona has really pushed the building and extension of the Senda Litoral and I´m sure all residents and visitors appreciate their continued efforts.