Summer Events at the Bullring Estepona. 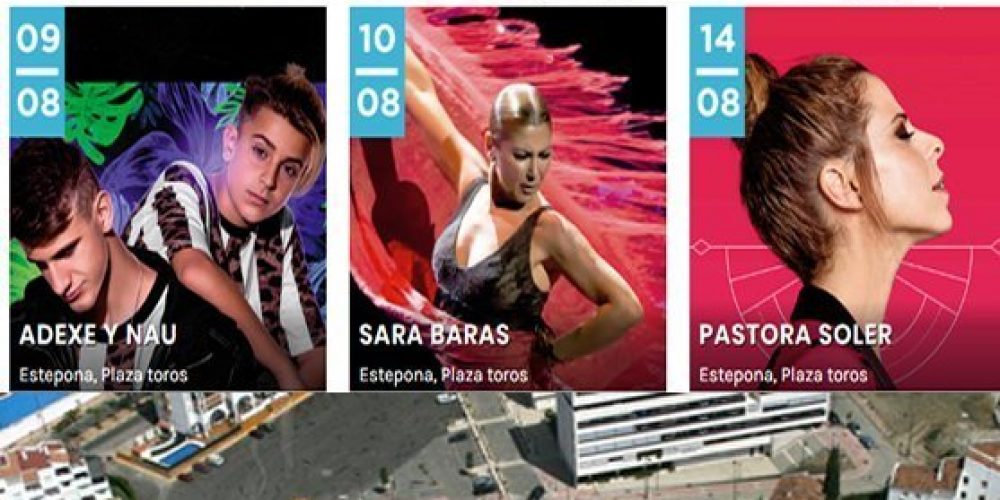 The deputy mayor of the Sociocultural and Services area, Blas Ruzafa, and the manager of the bullring José Luís Lara, presented the first confirmed performances that will take place this summer at the bullring in Estepona. Announcing that the program for the summer season will be made up of twenty shows of different musical styles from rock or flamenco.

In regard to other shows, he pointed out that the dates of three major concerts that will be held in August are already confirmed. The Sevillian Pastora Soler, one of the most beloved voices of our country, will present her latest album ‘La Calma’ on August 14th. While the youngest audience will have their night with the performance of the most important group of the moment, ‘Adexe & Nau’, which will perform on August 9th in the bullring. As well as these performances, a performance by the dancer Sara Baras, who after triumphing on stages around the world, will visit Estepona on August 10th to present her tour ‘Sombras’.

Blas Ruzafa has valued the work done by the concessionaire of the bullring to offer shows of different disciplines and quality during the summer season, which means “a great leap in quality” in the leisure on offer of the municipality.

For its part, the manager of the bullring, Jose Luis Lara, explained that these are three of the major concerts to be held this summer in the bullring and will be aimed at different audiences.

José Luís Lara has announced that tickets for the Adexe & Nau concert at El Corte Inglés can now be purchased. He also indicated that a kiosk will be installed on the seafront (from 18 to 22 hours) for information and ticket sales. They can also be purchased through the website www.emelleventos.es.

The mayor has also indicated that the programming of the bullring will be completed with the Cultural Summer organized by the City Council itself and with the events that take place in the Felipe VI Auditorium.